On a beautiful Fall evening, the Arrowhead Native Plant Explorers met with Jeffrey Flory of the 1854 Treaty Authority to learn about invasive non-native species in the Arrowhead region and their effects on native species. Jeffrey discussed the threats that invasive plant species can pose to native species by displacing their habitat. We met at the Mission Creek parking area and then walked along the DWP trail corridor and discussed plant species along the route. At the end of the evening, Jeffrey distributed informational brochures and boot brushes and discussed how we could get involved to stop the spread of invasive plants in the Arrowhead region. 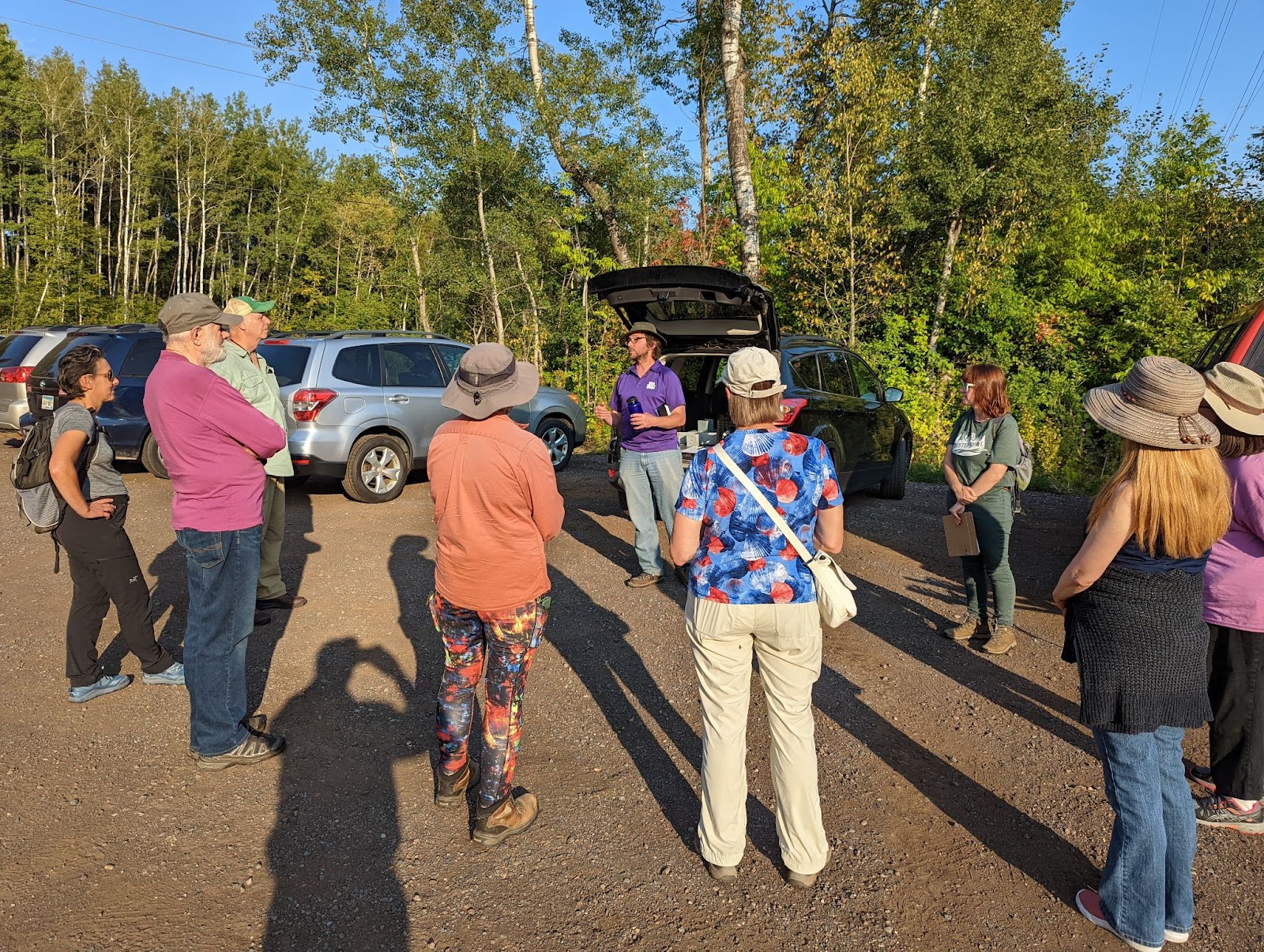 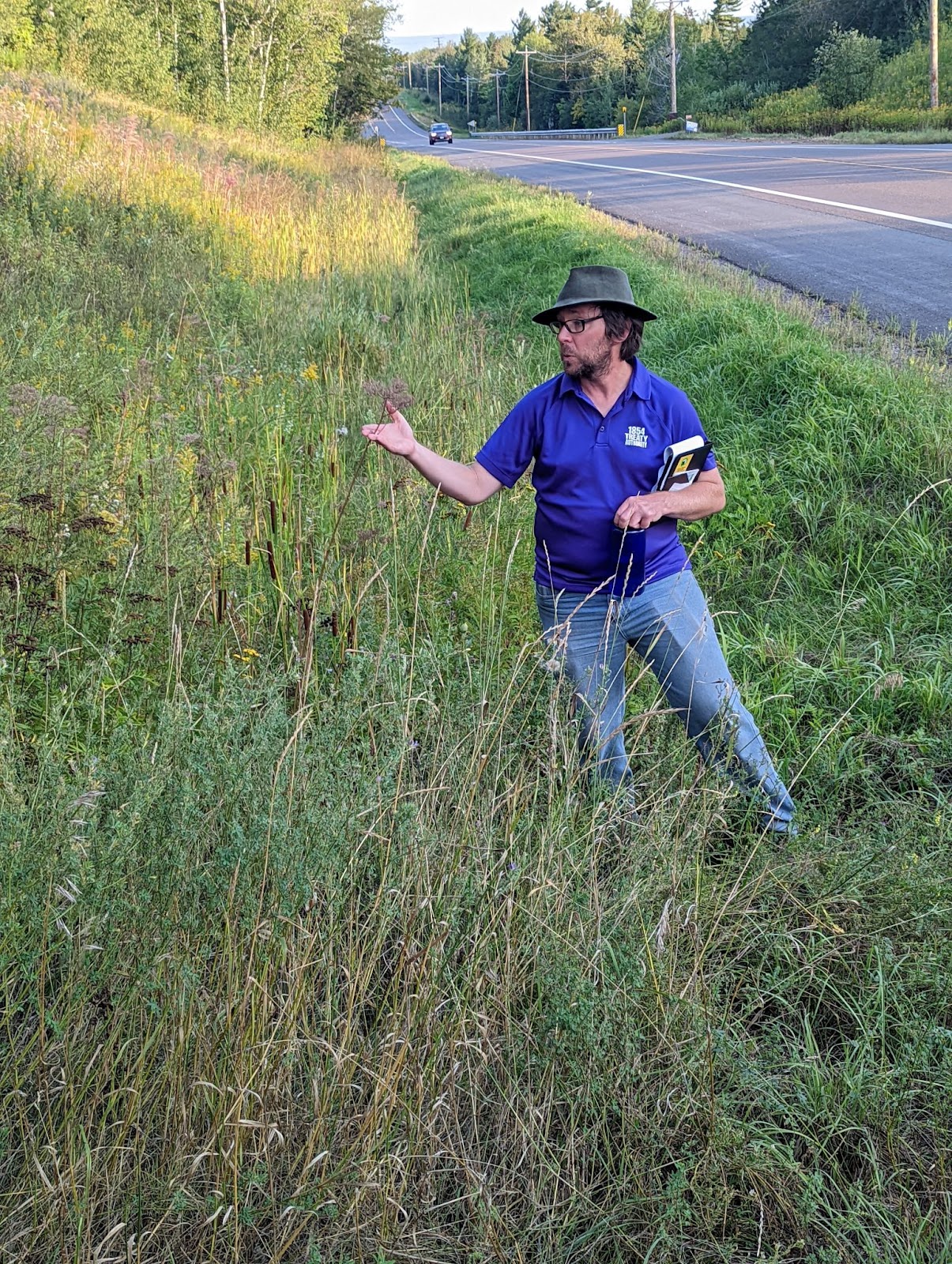 Jeffrey points out Garden Valerian (Valeriana officinalis), an invasive species that is quickly spreading throughout the Arrowhead region.

A beautiful evening walk along the DWP trail corridor.

Some helpful community resources to stop the spread of invasive species.

Are you interested in getting more involved with learning about and fighting the spread of invasive species in St. Louis County? Jeffrey has provided some community links to get you started:

Minnesota Department of Agriculture’s Noxious Weed List: Prohibited noxious weeds are annual, biennial, or perennial plants that the commissioner designates as having the potential or are known to be detrimental to human or animal health, the environment, public roads, crops, livestock or other property.

EDDMapS: a web-based mapping system for documenting invasive species and pest distribution. This can be used to mark new detections of invasive and non-native species

Carlton County SWCD is hosting a Battling Buckthorn Workshop on October 29th at Jay Cooke State Park. Learn how to identify and remove buckthorn on your property while removing buckthorn from one of our great State Parks. You can register for the workshop here.

NAISMA: The North American Invasive Species Management Association (NAISMA) is a network of professionals who implement management programs to prevent the detrimental impacts of invasive species to North America’s lands and waters.

PlayCleanGo: The PlayCleanGo® Stop Invasive Species In Your Tracks® campaign works tirelessly to stop the detrimental impact of invasive species to North America’s lands and waters. Through partnerships with other environmental and recreational organizations, clear messaging and community-based social outreach, we raise awareness of how and why thousands of invasive species are spread every year. To stop the spread, PlayCleanGo provides easy, actionable information to help individuals enjoy our beautiful natural resources responsibly.